Fun Facts About Our Minnesota Twins How much do you know about our beloved baseball team? Here are some fun facts about our Minnesota Twins.

Minnesota Twins is a sibling to which team?

The Washington Senators. The Senators franchise started in 1901 and moved to Minnesota (to become the Twins) in 1961.

What happened to Met Stadium?
It is sacred ground now home to Mall of America, the largest shopping and entertainment complex in North America.

Who is the all-time Minnesota Twins home run leader?
Harmon Killebrew hit 559 home runs for the Twins. He hit 573 in his career.

After Metropolitan Stadium, where did the Twins play?
Hubert H. Humphrey Metrodome was the home of the MN Twins from April 6, 1982 until 2009.

True or False: The Dome was known as a Home Run Park…
True: Kent Hrbek was the leading home run hitter for the Twins at the Metrodome with 293.

What are the Minnesota Twins' team colors?
Navy blue, red and white

What is the team mascot?
T.C. Bear is the Twins mascot. “T.C” stands for Twin Cities (which is also why the team is called the Twins – for the Twin Cities of Minneapolis and St. Paul) and resembles the Hamm's bear from the beer company that was an early sponsor of the Minnesota Twins.

What are the names of the two men in the Twins' retro logo?

Minnie and Paul, of course! The logo represents Minneapolis and St. Paul getting together to support a baseball team. That's represented by the two of them shaking hands over the Mississippi River.

1991 World Series Highlights
Considered one of the best World Series of all time, two big moments stick out in the minds of Twins fans. Kirby Puckett’s game 6 walk-off home run, and Gene Larkin’s single, scoring Dan Gladden from 3rd base in game 7, to win the World Series.

Worst to First
Minnesota Twins finished in last place in 1990, only to become World Series Champions in 1991.

Benefits of the Dome
Home field advantage! During the 1987 and 1991 World Series, peak decibel levels were measured at 125 and 118 respectively, comparable to a jet airliner – both close to the threshold of pain.

Newest Home for the Twins
Target Field – first game back in the great outdoors, on April 12, 2010.

The main flag pole over right field in Target Field is the same flag pole that was at the old Met.

Throwback to the Lakers

The Los Angeles Lakers were originally the Minneapolis Lakers, and their stadium was the Minneapolis Armory. Today, the same wood floors used in the Armory are lining the floor of the Town Ball Tavern in Target Field!

The scoreboard in Target Field is the 4th-largest in the league. You can even see it fairly easily when flying into the Minneapolis-St. Paul Airport!

The Grass is Always Greener

Target Field’s 2.5 acres of grass come from Fort Morgan, Colorado. Doesn't ring a bell? Well, it's the same place where Wrigley Field and Notre Dame Stadium gets their grass!

Target Field is actually the smallest stadium in the whole league with a footprint of only 8.5 acres!

For the Record Books
April 7, 2018 was the coldest game ever played in the team’s history with the temperature at Target Field at game-time, a frigid 27-degrees. They lost to the Seattle Mariners 11-4 in front of 18,416 very cold fans.

Twins in the Community
The club, its players and employees provide resources, memorabilia, volunteer hours and cash grants to assist more than 5,000 nonprofit organizations and fundraisers in the Upper Midwest and SW Florida each year.

Thanks for all the great memories, Twins! 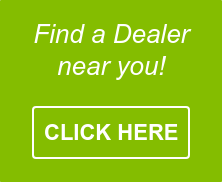 Advantages And Disadvantages Of A Ductless HVAC System

Consumer Guide: How to Understand the SEER Rating

What's a MERV Rating and How Does It Affect My HVAC System?

New Homebuyers: What To Look For In HVAC System